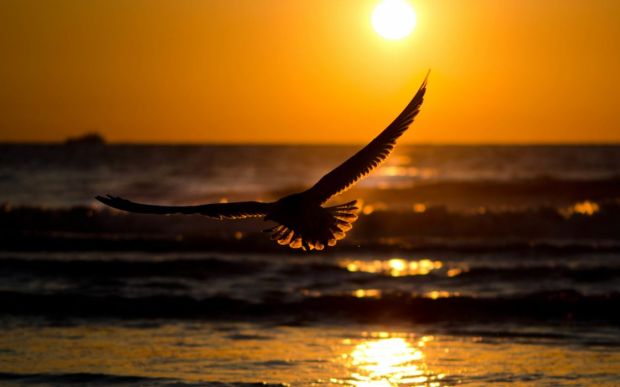 About two months back, a niece of ours got married to someone outside our faith. While this wasn’t the first time for our family, it was the first time my husband and I became upset over something like this.

But we were more upset with the way our niece seemed to be forsaking her faith. We had been praying for her for some years and on her wedding day, while we attended the service, we did so with grieving hearts. There was little respect for God. Almost none for family. It hurt us to see this.

But a worse hurt was in store for us that day. By the priest who had guided this couple. The one who had presided over the service.

My husband and I had never before attended a Mass or service said by this priest. The night before, after the church wedding  rehearsal, we heard the first rumblings. We were warned of some of his ways and for the first time in our lives, we wanted to keep our kids away from Mass. His Mass.

But this being a family event, we were caught. And so we went. And witnessed a Mass I thought we’d never see, said by a priest we never wanted to ever meet again.

We were filled with shame and torn up in anger that such a man had become a priest, soiled the priesthood. It was worse seeing just how many looked lightly upon this priest’s ‘quirks’, not seeing the danger clothed by a smile and cheery demeanour. We had, up to this point, been blessed by beautiful priests in the various parishes my husband and I had belonged to from the time we were children. Priests who themselves suffered in secret, yet joyfully carried their crosses that they might bring Jesus to us. They edified us. Saved our marriage and family life even. Those were the priests we had known.

But not this one that shamed the calling of his priesthood.

In the weeks that followed the wedding, my husband struggled with anger against that priest. I went back to my prayer routine. When I prayed for priests, it was mainly for those we loved, those who had been placed in my care and for the Pope. While I did pray for young children and the vulnerable to be protected from that particular priest, something about that prayer couldn’t live. Even as I tried to pray with more earnestness for this priest, I just couldn’t put my whole heart into it. When the call for laypeople to suffer reparation for the terrible wrongs of priests became louder and some of my friends began to take up that call, I did too. I could sense no impediment. My offering was for all priests, for all manner of wrongs and failings, for all priestly sufferings too.

Then, a little bell began to be tinkled. In the weave of days and life that followed, I began to hear the words,

I didn’t really understand what it meant now, what I was meant to do with it.

One day, after a dear priest had come and spent time with us at home, I happened to be reading about this beloved priest’s story of his calling to the priesthood. It was a long read on our archdiocese website.

When I had finished, about to turn off, I saw the name of that other priest who had upset us in June. I couldn’t care two figs about his life story. I didn’t want to know anything about his calling or whatever it was.

Then, I changed my mind. If the website contained information that pointed to a reason why he did and does what he did and does, I wanted to know. So, I began to read on him.

Later that night, I went out alone with my husband. And I began to tell him a story. About a couple who had not been able to have children. Then came the day of happy news of a baby finally conceived. The joyous mother, knowing it would be her only child, asked God for two things:

That she be given a son.

That he become a priest.

And then, she forgot about her asking.

Many decades later, her son had become a successful professional. She knew he would marry soon and both parents, very old now, hoped to see grandchildren before they returned to God. But it was not to be. Unbeknownst to the devout old couple, their only child had taken an unexpected turn in his life journey. Drawn to a Sacred Heart church on a dark, windswept night, this man came face-to-face with God.

And to the call of the priesthood.

He was after all their only son.

But the call to holy obedience resounded in their aged hearts too and both parents went before God to discern His Will. That was when the mother recalled the old prayer from decades earlier. She had asked for a priest. Then, she forgot. But God didn’t.

Months later, they humbly gave up their only child.

It suddenly became very clear to me how I was to pray for this priest. Mary’s sacrifice of Her only Son was echoed once more in this life of this priest through the  selflessness and courage of a father and mother to not deny God their only son.

It was a sacrifice of pain, of tears and yet, of joy too. Although it frightened them immensely, this old man and woman lived their faith and chose God in that supreme decision. No matter what his bent was, no matter what he had done, God made it clear that night that I was to pray with the clear, pure compassion of a mother to this priest.

Because God wants no other prayer, except that of a mother who understands the sacrifice of an only son.

Tips to be a better teacher, engage and work with learning disabilities.

A Dad trying to cope with the loss of his Partner and becoming a single parent.

Party of One, or Life after Death

A Widow's Story of Grief, Gratitude, and Growth

raising awareness of emotional child abuse, its effects on adult survivors & the power of words on children