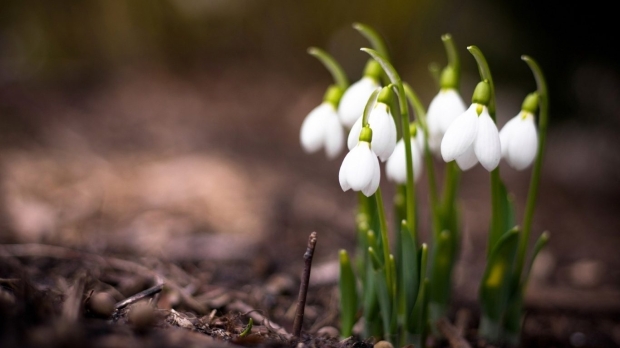 I entered August without a prayer direction for the month. I was not consciously anxious. I knew it would come. Nonetheless, never one to wait for the Lord in patience, I went a-digging in search of the August guide for the skies of my heart.

The digging unearthed nothing. But the prayer came. And it came from the last place I’d have thought to look into.

It came from the occult.

It began with a change in a work colleague.

She had never been a hard worker; in fact, diligence was lost on her. She did what she had to, and she did it with bad grace. While I despised her attitude towards work, it was hard not to acknowledge the good in her – namely that she never participated in gossip; no matter how alluring the temptation, she always stuck to the facts.

Given to bouts of cheeriness and loud, hearty laughter, over a period of two weeks, this young woman began to morph into something else. I began to see a roughness in attitude. Her disregard for good work hardened into a darkness that had not been there before. Then, came the harshness. Small annoyances set her off. She dealt harshly with others over minor infractions. There was unfairness in her dealings where there was none before.

It could easily have been a mood change, personal stress or any number of things. But I was in no mood to be charitable when this dark change widened its circle and caught me in its web and stung me. I began to seethe with rage over her harshness and unfairness towards innocent people. I was angry that she did so little, yet complained so much.

For a couple of hours, I stewed in the pot this woman had lit the fire for. Then, as I climbed the stairs to return to my office, an angel stood before me. I didn’t see, nor did I sense his presence, but I know he had stood there blocking my ascent, because suddenly, I was lifted out of my anger. From out of nowhere, this woman and her nastiness assumed the form of a Cross. The minute I saw the Cross, I was overcome with awareness that I had chosen not to love the Cross.

Help me to love my Cross, I breathed in prayer. Help me to suffer this so I may pray for her.

From there, things took off.

Within brief minutes of that prayer, it came to me that this sudden change in my colleague began about two weeks ago, and it had its starting seeds with her challenging the occult. There had been a serious family situation involving the occult, and when my colleague got wind of it, she went on the offensive against it.

When this knowledge was placed before me, my heart stared at it. For the life of me, I didn’t know what to do about it. My colleague is a Muslim. Occultism, dabbling in the dark spirits, entreating its help, shamanism, all these are very much a part of the Muslim faith as it is practiced here. It’s not encouraged openly, neither is it prohibited.

To tell her I suspected that she had been hexed the day she confronted the occultists over that family matter, would be to drive her into the netherworld of a shaman who would have what she believed could rid her of the hex. Because Muslims do not believe that prayers can rid them of this; only that a Muslim shaman can.

By golly, I’m not sold on that. One does not fight the dark with darkness.

As I pondered the matter, the words – dark, rough, heavy – came before me. I brought up the issue of hexing with another colleague, and she too began to share of her experience with it. With no contribution from me to influence her testimony, she spoke of uncharacteristic heaviness. She spoke of a deepening darkness.

At that minute, I saw something in our own lives. An oddity. My husband and I had recently perceived a strange roughness and heaviness. We both felt like something odd and rough and heavy had slipped in and settled in. But we had dismissed the discerning, forsaking it for the security of logic.

Suddenly, it became clear what I had to do. My beleaguered colleague had no need of a shaman any more than I did. Although I knew Jesus and she didn’t, I knew His Blood was all I needed and she needed.

So, I prayed the Blood of Christ to flood our hearts, our lives, anything that had been affected by the occult.

The very minute I pleaded the Blood of Christ, the roughness and heaviness we had been personally experiencing, disappeared. Even my taciturn husband acknowledged it. Greatly heartened, I went before the Sacred Heart to pray for my colleague.

And I was led to the Shrine of the Divine Mercy of Cracow, Poland.

I was led to the 24-hour online transmission from the chapel where the miraculous image of Merciful Jesus and the tomb of St. Faustina is found.

I’ve read of such live streaming before, but none has ever fallen straight and deep into my heart as this one did. My spirit lunged for it.

That night, the angels placed my spirit before the Miraculous Image in Poland. And I placed my friend before the image. The next day, I actually forgot all about my prayer for her. At work, I found this lady back to her old cheeriness. Gone was the viper’s spit. Feeling relieved, I cast it out of my mind and went about my busy day.

It was hours before it suddenly dawned on me that it was Jesus who had reached into her and taken the poison out.

On the Feast of Our Lady of Snows today, I know this is to be my August call. To go before the Miraculous Image, to place hearts and spirits and souls before it.

To plead that Jesus take them. That heart. That spirit. That soul. And free them from the houses they are attached to.

To take captive for the Courts of Heaven.